Hey everyone! I’m so excited to share with you the cover for Dark Goddess by Amalie Howard! I absolutely adore Amalie! She’s an amazing writer and I can’t wait for Dark Goddess to be out in the world so everyone can read it!!! 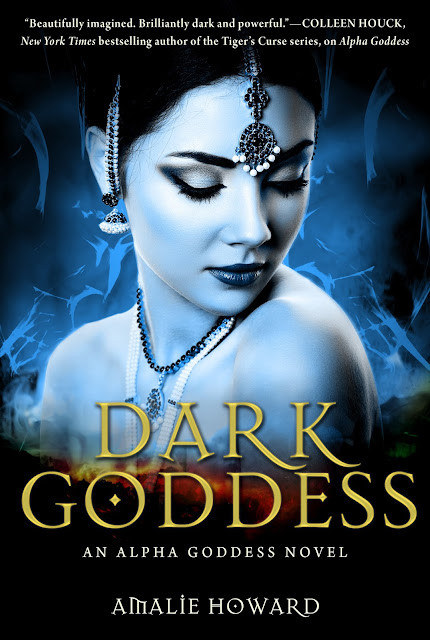 After an epic struggle that unseated the Asura Lord of Death and placed Serjana Caelum’s best friend, Kyle, on his throne, the Mortal Realm is peaceful and the balance between good and evil—which Sera is sworn to protect—has been restored.

But signs of a new threat to the world of men quickly begin to appear: A scourge of demons descends on the Mortal Realm, and Sera is beside herself trying to locate their source. She sends word to the gods for help, and their answer comes in the form of Kira, the living incarnation of Kali, goddess of destruction.

Stunning and dangerous, Kira plans to protect the heavens at all cost, even if it means destroying the entire Mortal Realm. Soon Sera and Kyle find themselves fighting not just the demon plague, but Kira and her twin. But when an even more sinister threat arises—putting not just the human world but all planes of existence in jeopardy—they must all learn to work together or lose everything they sacrificed so much to save.

Without a backward glance, she closed her eyes and jumped into the midst of the blue-black pool, the sticky fluid sucking her body down to its depths like some kind of ravenous beast. As it devoured her, Sera’s mind emptied of all thought…and of all memory as she plummeted into the space where love would be nothing but weakness. She’d learned that the hard way. She stripped away all emotion, all empathy.

BOOK ONE IN THE SERIES: ALPHA GODDESS 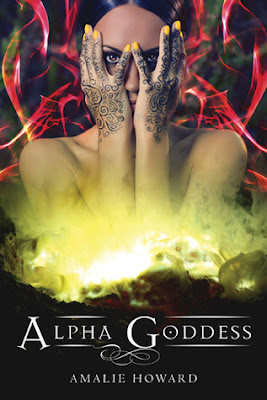 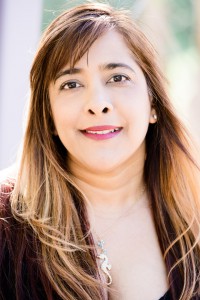 AMALIE HOWARD grew up in Trinidad & Tobago where she spent most of her childhood with her nose buried in a book or running around barefoot, shimmying up mango trees, and dreaming of adventure. 25 countries, surfing with sharks, and several tattoos later, she has traded in bungee jumping in China for writing the adventures she imagines instead. She isn’t entirely convinced which takes more guts.

An aspiring writer from a young age, Amalie’s poem “The Candle,” written at age twelve, was published by the University of Warwick press. At fifteen, she was  a recipient of a Royal Commonwealth Society Essay Award (a global youth writing competition). A Colby College graduate, she completed dual Honors Theses in both French and International Studies, and graduated Summa Cum Laude and Phi Beta Kappa. At Colby, she was cited for her research contribution to Raffael Scheck’s article, “German Conservatism and Female Political Activism in the Early Weimar Republic,” and his subsequent book, Mothers of the Nation. She also received a distinction in English Literature from the University of Cambridge (A-levels) as well as a postgraduate certificate in French Literature from the Ecole Normale Supérieure in Paris, France. Traveling the globe, she has worked as a research assistant, account executive, and global channel sales director for a Fortune 500 company.

She is the award-winning author of several young adult novels critically acclaimed by Kirkus, Publishers Weekly, SLJ, VOYA, and Booklist, including Waterfell, The Almost Girl, and Alpha Goddess, a Spring 2014 Kid’s INDIE NEXT title. Her debut novel, Bloodspell, was a #1 Amazon bestseller, and the sequel, Bloodcraft, was a national silver IPPY medalist and a silver Moonbeam award winner. She is also the co-author of the adult historical romance series, THE LORDS OF ESSEX. As an author of color and a proud supporter of diversity in fiction, her articles on multicultural fiction have appeared in The Portland Book Review and on the popular Diversity in YA blog. She currently resides in Colorado with her husband and three children. 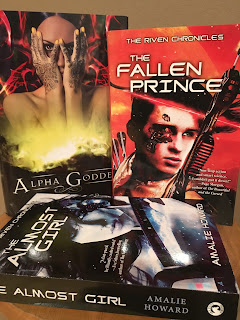